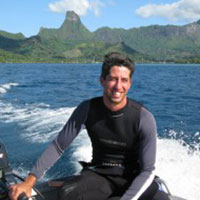 Andi’s research focuses on understanding element and energy cycles in coral reef systems with special focus on coral-algae interactions and how they are influenced by the microbial community. A goal hereby is to understand community responses to anthropogenic influences and identify mechanisms that govern the structure of coral reef ecosystems. 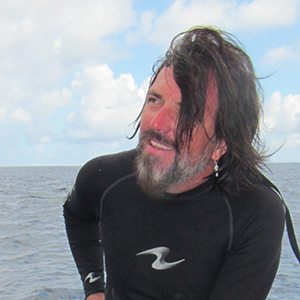 Forest Rohwer is a Fellow of the American Academy for Advancement of Science (AAAS), American Academy of Microbiology (AAM) and Canadian Institute for Advanced Research (CIFAR). He led the development of “viromics”, which involves isolating and sequencing the RNA/DNA from all of the viruses in an environmental sample. From this data, it is possible to determine what types of viruses are present and what functions they are encoding. Dr. Rohwer uses viromics to study ecosystems ranging from coral reefs to the human body and has shown that most genomic diversity on the planet is viral. Dr. Rohwer has published >150 peer-reviewed articles, two books, was awarded the International Society of Microbial Ecology Young Investigators Award in 2008 and listed as one of the World's Most Influential Scientific Minds (Thomson Reuters 2014). 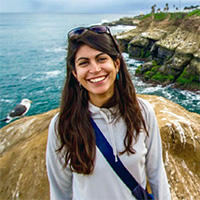 Cynthia is interested in how bacteria and viruses interact with each other and with reef macroorganisms, such as corals and fish. By applying metagenomics, experimental manipulation and ecosystem models, Cynthia aims to identify the controls of microbe-macrobe interactions and how human impacts alter these dynamical systems.